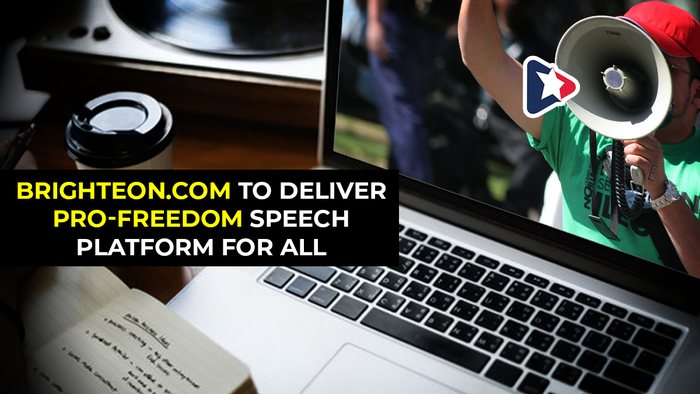 Not long after YouTube announced plans recently to expand its “hate speech” ban, as well as target and demonetize channels that it deems guilty of “harassment,” Twitter exploded with the hashtag #youtubeisoverparty – and we’re happy to say that many former YouTube channels are migrating over to Brighteon.com in response.

The #youtubeisoverparty hashtag went viral so quickly that it actually became the number one trending hashtag, demonstrating that the internet world is fed up with the Google-owned video platform ratcheting up its censorship agenda to target conservatives and other “undesirables.”

“We will no longer allow content that maliciously insults someone based on protected attributes such as their race, gender expression, or sexual orientation,” announced YouTube Vice President & Global Head of Trust & Safety Matt Halprin in a recent statement.

These new guidelines, noted Ben Shapiro during an interview with Fox News, are “insanely vague” – and we would have to agree. Not only that, but they’re retroactive, meaning older YouTube content that was in compliance with the platform’s former policies will now be deemed in violation of the new rules.

“It’s particularly egregious that YouTube is retroactively applying their new terms, so videos that were within the rules 6 months ago are now being deleted,” pointed out Paul Joseph Watson of Prison Planet on his personal Twitter account.

“Many people make a living off of YouTube and YouTube is screwing with their lives,” he added, followed by the #youtubeisoverparty hashtag.

“When YouTube says that they … ‘want to reduce the spread of content that comes right up to the line,’ they haven’t defined the line,” commented PragerU on its Twitter account about YouTube’s new rules.

“So now they’ve written themselves a blank check to ban whatever content they like,” it added, also with the #youtubeisoverparty hashtag.

To keep up with the latest news about Big Tech censorship, be sure to check out Censorship.news.

Jump on in to Brighteon.com – the water’s fine!

Some of the more well-known names that have set up shop at Brighteon in recent days include conservative commentator and pastor Steve Quayle, as well as the vaccine truth group Children’s Health Defense (CHD), which was started by Robert F. Kennedy Jr.

While we’re excited about all the new faces over at Brighteon, we recognize that it’s not the easiest of transitions for many former YouTube users, especially those with large followings who, like Watson pointed out, had been making their living on the platform.

What we can say is that Brighteon’s features and functions are continually improving, and the goal is to eventually make it the new YouTube – minus all the censorship, targeting, and other deep state shenanigans.

In the meantime, we’re happy to report that many former YouTube channels that have since switched to Brighteon are doing exceptionally well and growing by the day. And with the way things are going at YouTube, it’s in the best interest of all “controversial” content creators to consider making the switch before YouTube makes it for them in blindside fashion.

“And for the record, they restrict LGBTQ content saying they’re too sexually suggestive or inappropriate … but run sextoy ads on kids (sic) content,” it further explained.

Be sure to check out Brighteon.com to see for yourself how one of the fastest growing competitors to YouTube is revolutionizing the online video world.