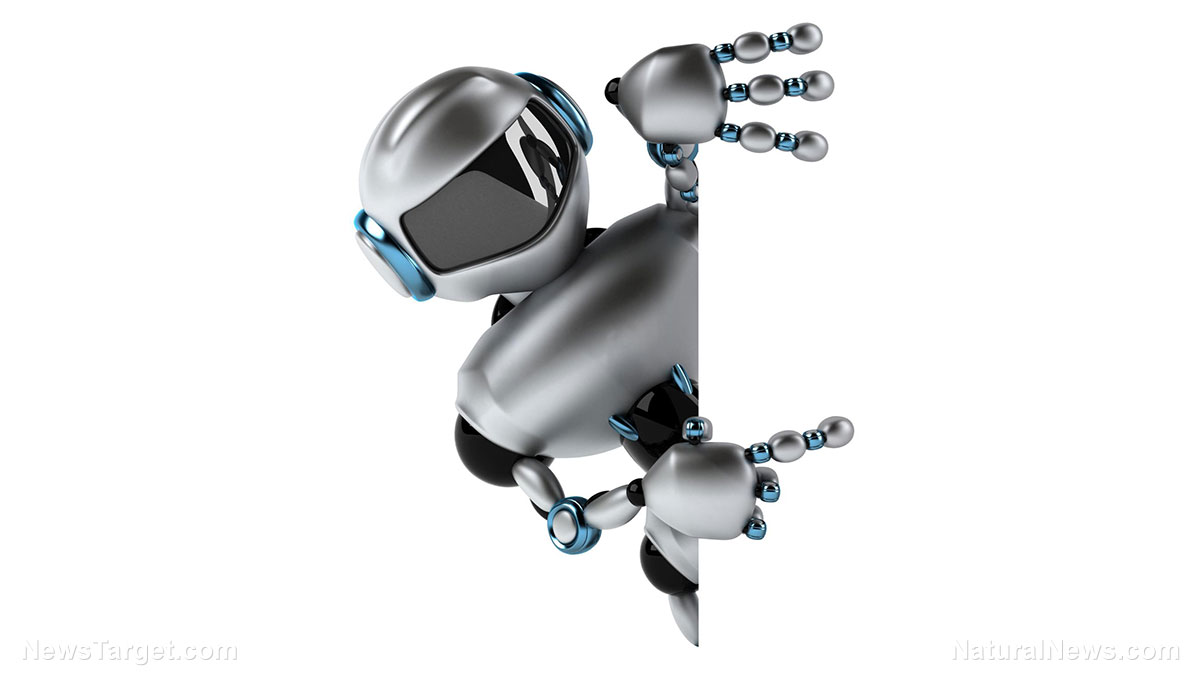 Salto is a robot that stands less than a foot tall, but it jumps more than three times its height. Its small size even lets it pass through cramped spaces to reach people trapped under rubble.

Developed by a team from the University of California (UC), Berkeley in 2016, Salto’s capabilities have grown in leaps and bounds over the years. The robot now skips in place and hops through obstacles.

By taking directions from a radio controller, it may even go on short trips around the university campus. Its designers hope that Salto will inspire similar minute and agile robots that leap through rubble during search-and-rescue operations in disaster areas.

“Small robots are really great for a lot of things, like running around in places where larger robots or humans can’t fit,” explained UC Berkeley researcher Justin Yim. “We wanted Salto to not only be small, but also able to jump really high and really quickly so that it could navigate these difficult places.” (Related: It’s about to get A LOT noisier: Commercial drone delivery won’t just bring packages, but also incessant buzzing.)

For this project, Yim is working with UC Berkeley professor Ronald Fearing, the head of the Biomimetic Millisystems Lab. Fearing analyzes the movement of animals and uses the knowledge to increase the agility of robots.

Fearing’s team previously came up with insectoid robots that crawled across surfaces that wheeled robots found too smooth or rough for safe passage.

Salto is short for “saltatorial locomotion on terrain obstacles.” In turn, “saltatorial” refers to a form of movement that relies on hopping or jumping. They based Salto’s single leg on the limbs of the Senegalese bushbaby (Galago senegalensis). A tiny primate that lives in trees, the bush baby’s muscles and tendons store enough energy to let it leap multiple times within a few seconds.

Like the bushbaby, Salto chains together several jumps. By hopping nonstop, it crosses piles of debris and other obstacles that require either jumps or flight to bypass.

“Unlike a grasshopper or cricket that winds up and gives one jump, we’re looking at a mechanism where it can jump, jump, jump, jump,” explained Fearing. “This allows our robot to jump from location to location, which then gives it the ability to temporarily land on surfaces that we might not be able to perch on.”

The world’s most vertically-agile robot can go outdoors now

Salto earned the title of “the most vertically-agile robot in the world” during its 2016 debut. It jumped toward a wall and sprung off the vertical surface to go higher. In the years after the original demonstration, the UC Berkeley researchers expanded the repertoire of their jumping robot by developing new control systems.

Salto now possesses the ability to sense its own body. It is aware of the bend of its leg and the angle of its approach.

Before it gained this ability, Salto stayed inside a room fitted with motion capture cameras. The sensors followed the robot’s exact angle and position, which get sent to a computer that calculated how Salto must angle itself during its next jump. Thanks to its newly installed sense of its body and its motion, Salto runs the calculations for its jumps on its own. A researcher may now take it outside the motion capture room and order it around.

During its outdoor trips, Salto successfully crossed brickwork, grass, and sidewalks. The mathematical models that made this possible might also apply to other types of machines, such as the numerous walking robots and robot dogs that robotics companies are rolling out.