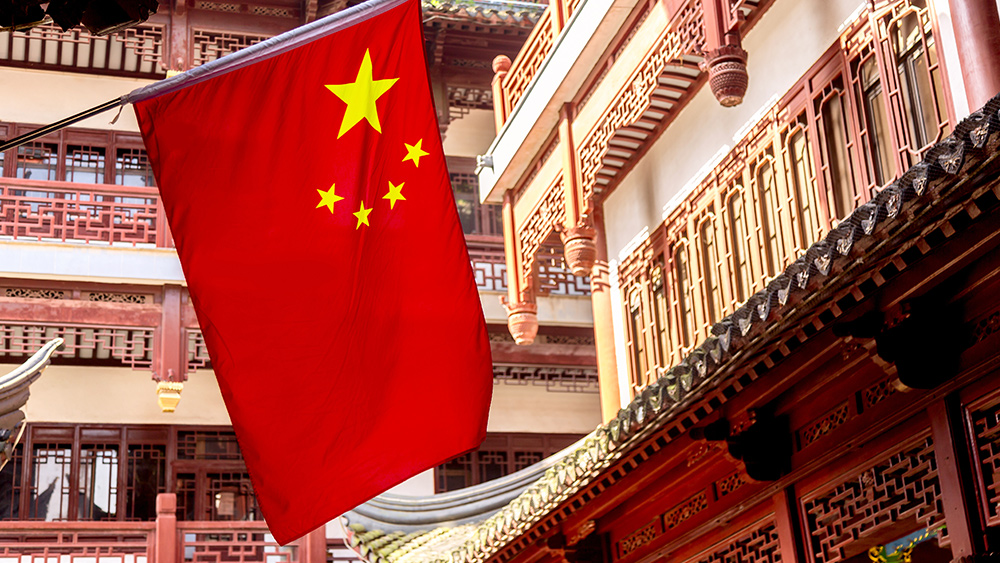 “If this government ever became a tyranny, if a dictator ever took charge in this country, the technological capacity that the intelligence community has given the government could enable it to impose total tyranny, and there would be no way to fight back.”—Senator Frank Church

The votes are in.

No matter who runs for office, no matter who controls the White House, Senate or the House of Representatives now or in the future, “we the people” have already lost.

We have lost because the future of this nation is being forged beyond the reach of our laws, elections and borders by techno-authoritarian powers with no regard for individuality, privacy or freedom.

The fate of America is being made in China, our role model for all things dystopian.

An economic and political powerhouse that owns more of America’s debt than any other country and is buying up American businesses across the spectrum, China is a vicious totalitarian regime that routinely employs censorship, surveillance, and brutal police state tactics to intimidate its populace, maintain its power, and expand the largesse of its corporate elite.

Censorship. China’s censorship machine is straight out of Orwell’s 1984 with government agencies and corporations working together to limit the populace’s freedom of expression. Just a few years ago, in fact, China banned the use of the word “disagree,” as well as references to George Orwell’s novels Animal Farm and 1984. Government agencies routinely harass and intimidate anyone seen as non-compliant. Activists are frequently penalized for gathering in public places and charged criminally with “picking quarrels and provoking trouble.” China has also gone to great lengths to muzzle journalists reporting on corruption or human rights abuses.

Surveillance. COVID-19 brought China’s Orwellian surveillance out of the shadows and gave China the perfect excuse for unleashing the full force of its expansive and sophisticated surveillance and data collection powers on its citizenry and the rest of the world. Thermal scanners using artificial intelligence (AI) were installed at train stations in major cities to assess body temperatures and identify anyone with a fever. Facial recognition cameras and cell phone carriers tracked people’s movements constantly, reporting in real time to data centers that could be accessed by government agents and employers alike. And coded color alerts (red, yellow and green) sorted people into health categories that corresponded to the amount of freedom of movement they’re allowed: “Green code, travel freely. Red or yellow, report immediately.”

Social media credit scores. Prior to the coronavirus outbreak, the Chinese surveillance state had already been hard at work tracking its citizens through the use of some 200 million security cameras installed nationwide. Equipped with facial recognition technology, the cameras allow authorities to track so-called criminal acts, such as jaywalking, which factor into a person’s social credit score. Social media credit scores assigned to Chinese individuals and businesses categorize them on whether or not they are “good” citizens. A “citizen score” determines one’s place in society based on one’s loyalty to the government. A real-name system—which requires people to use government-issued ID cards to buy mobile sims, obtain social media accounts, take a train, board a plane, or even buy groceries—coupled with social media credit scores ensures that those blacklisted as “unworthy” are banned from accessing financial markets, buying real estate or travelling by air or train. Among the activities that can get you labeled unworthy are taking reserved seats on trains or allegedly causing trouble in hospitals.

Safe, smart cities. Having pioneered the development of so-called “safe” smart cities, China is exporting worldwide the high-tech communities in which residents are monitored round the clock, their every action under constant surveillance, and every device is connected to a central brain operated by artificial intelligence. As privacy expert Vincent Mosco concludes, “The benefit from smart cities clearly goes to the authorities who are able to use the promise of the modern, high-tech city to extend and deepen surveillance. It also goes to the big tech companies who profit first from building the smart city infrastructure and secondly by commodifying the entire smart city space. Citizens gain some operational efficiency but at great cost to their liberty.”

Digital currency. China has already adopted a government-issued digital currency, which not only allows it to surveil and seize people’s financial transactions, but can also work in tandem with its social credit score system to punish individuals for moral lapses and social transgressions (and reward them for adhering to government-sanctioned behavior). As China expert Akram Keram wrote for The Washington Post, “With digital yuan, the CCP [Chinese Communist Party] will have direct control over and access to the financial lives of individuals, without the need to strong-arm intermediary financial entities. In a digital-yuan-consumed society, the government easily could suspend the digital wallets of dissidents and human rights activists.”

Digital authoritarianism will redefine what it means to be free in almost every aspect of our lives. Again, we must look to China to understand what awaits us. As Human Rights Watch analyst Maya Wang explains: “Chinese authorities use technology to control the population all over the country in subtler but still powerful ways. The central bank is adopting digital currency, which will allow Beijing to surveil—and control—people’s financial transactions. China is building so-called safe cities, which integrate data from intrusive surveillance systems to predict and prevent everything from fires to natural disasters and political dissent. The government believes that these intrusions, together with administrative actions, such as denying blacklisted people access to services, will nudge people toward ‘positive behaviors,’ including greater compliance with government policies and healthy habits such as exercising.”

AI surveillance. In much the same way that Chinese products have infiltrated almost every market worldwide and altered consumer dynamics, China is now exporting its “authoritarian tech” to governments worldwide ostensibly in an effort to spread its brand of totalitarianism worldwide. In fact, both China and the United States have led the way in supplying the rest of the world with AI surveillance, sometimes at a subsidized rate. In the hands of tyrants and benevolent dictators alike, AI surveillance is the ultimate means of repression and control, especially through the use of smart city/safe city platforms, facial recognition systems, and predictive policing. These technologies are also being used by violent extremist groups, as well as sex, child, drug, and arms traffickers for their own nefarious purposes.

While countries with authoritarian regimes have been eager to adopt AI surveillance, as the Carnegie Endowment’s research makes clear, liberal democracies are also “aggressively using AI tools to police borders, apprehend potential criminals, monitor citizens for bad behavior, and pull out suspected terrorists from crowds.” Moreover, it’s easy to see how the China model for internet control has been integrated into the American police state’s efforts to flush out so-called anti-government, domestic extremists. This is how totalitarianism conquers the world.

Secret police. According to recent reports, China has planted more than 54 secret police forces in 25 cities around the world, including the United States, as part of their efforts to track and threaten dissidents and deport them back to China for prosecution. The campaign to surveil, intimidate and punish ex-patriates living abroad engaging in dissent has been dubbed Operation Fox Hunt. As one human rights agency noted, “The message from the [Chinese] ministry of foreign affairs – that you are not safe anywhere, that we can find you and that we can get to you – is very effective.”

Police brutality. Not much has changed about China’s brutal crackdown on protesters in the wake of the Tiananmen Square massacre. Chinese policing remains brutal, excessive and inflexible, now with the added power of the surveillance state behind it.

Intimidation tactics. China has mastered the art of intimidation tactics, threatening activists, their families and their livelihood should they fail to comply with the government’s dictates. As one activist explained, “There have been telephone calls in the middle of the night that family members won’t find work if you don’t cooperate with the government, or that your parents’ phone number will be posted online and they’ll be harassed. Or with Uyghurs, that the rest of your family will be put in camps.”

Disappearance, brainwashing and torture. Those who fail to fall in line with China’s dictates are often made to disappear, arrested in the dead of night and imprisoned in Orwellian re-education camps. China has built more than 400 of these internment camps in recent years to detain people for offenses that run the gamut from challenging the government to so-called religious crimes such as owning a Qur’an or abstaining from eating pork. As the Guardian reports, “abuses include detailed arbitrary detentions, torture and medical neglect in the detention camps and coercive birth control.”

China’s global influence, its technological reach, its quest for world domination, and its rigid demand for compliance are pushing us towards a world in chains.

Through its growing stranglehold on surveillance technology, China has erected the world’s first digital totalitarian state, and in the process, has made itself a model for aspiring dictators everywhere.

What too many fail to recognize, however, is that China and the American Deep State have joined forces.

As I make clear in Battlefield America: The War on the American People and in its fictional counterpart The Erik Blair Diaries, this is fascism hiding behind a thin veneer of open government and populist elections.

For all intents and purposes, we have become the embodiment of what Philip K. Dick feared when he wrote The Man in the High Castle, a vision of an alternate universe in which the Axis powers defeat the Allies in World War II, and “fascism has not simply conquered America. It has insinuated itself, with disturbing ease, into America’s DNA.”

Our national flag may not boast the red and white stripes with a swastika on a field of blue as depicted in The Man in the High Castle, but be warned: we are no less occupied. 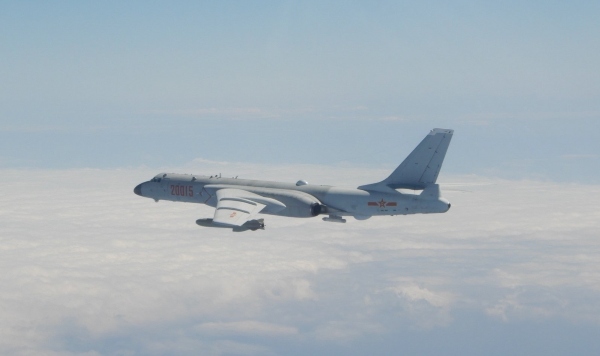 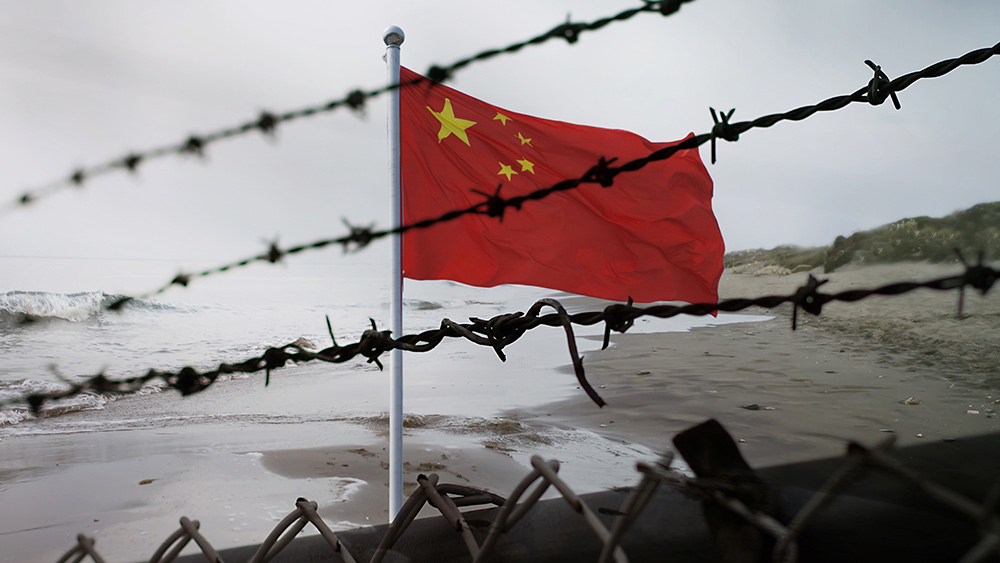