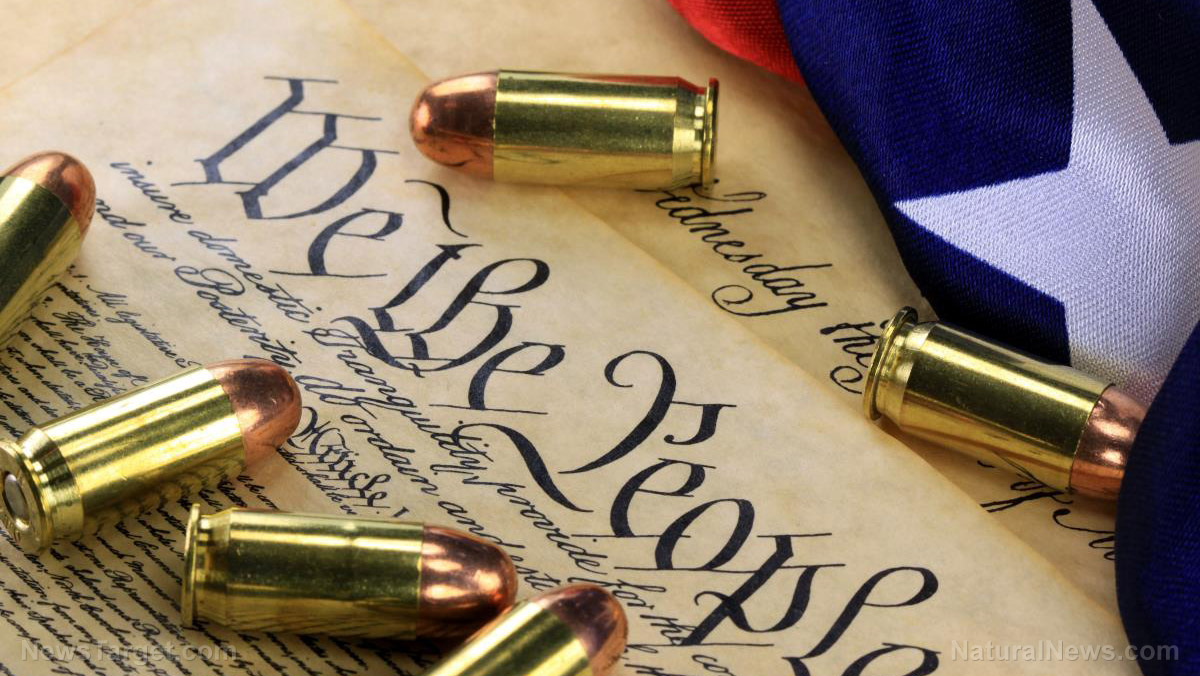 This article is part of a series of short, philosophical observations about the recent anti-gun hysteria and media PSYOP that exploits children to demand their own enslavement under authoritarianism.

See also: Question for anti-gun protesters: When the government death squads come for your loved ones, how will you stop them?

What the anti-gun mindless mobs don’t seem to yet recognize is that the Second Amendment was created, in part, to allow citizens to protect themselves from mindless mobs just like you.

That’s because America is not a democracy. It’s a Constitutional Republic, and in a Constitutional Republic, the will of the mob cannot override the liberties of the individual, no matter how enraged, insane, clueless or stupid the mob becomes. (And today’s anti-gun mob is clearly pushing the limits of stupidity and irrationality, by any measure.)

The current mob of mindless anti-gun protesters believe that if they all just get angry enough and spout enough profanity, the intensity of their emotional state somehow overrides everybody else’s individual liberties. This is why their fascist front-man — student propagandist David Hogg — is a foul-mouthed, hate-filled lunatic who spews endless f##ktardery while claiming anyone who opposes him want to “murder children.” (All these anti-gun leftists, for the record, quite openly advocate murdering children as long as they’re not yet born.)

These frothing, hate-filled lunatic young people believe that because 15 people died in a school shooting, that 300+ million Americans must be punished even though they had nothing whatsoever to do with the violence at the school in Parkland, Florida. And if you disagree with them, you are attacked and smeared for daring to “criticize children,” even though those supposed “children” are demanding to nullify the most important liberties upon which this nation was founded.

Notice, too, that the anti-gun Left cannot make these arguments as adults. They have to exploit and puppeteer so-called “children” to argue all these points for them, all while attacking the other side of the debate for daring to question children. (God forbid what would happen if we all began questioning the logic of inexperienced children, huh?)

The Founding Fathers of America knew how damaging and dangerous mindless mobs could become, and that’s precisely why they structured this Constitutional Republic as a system of self-governance that strictly limits the power of government and the power of the voting majority to take away individual liberties.

They knew that if the majority were allowed to rule with absolute power, it wouldn’t be long before a dangerous political movement swept across the country, demonizing and criminalizing individual citizens who held minority views. That scenario, of course, has unfolded many times across world history, including during the rise of the Third Reich, during which Adolf Hitler passed strict gun control legislation while whipping up the mindless masses into a frenzy of seething anger and a desire to kill their political opponents. (Today’s marching students are the new Brownshirts…) 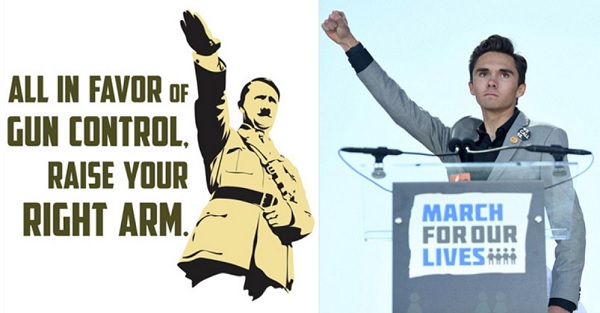 The Second Amendment grants Americans the right to defend themselves against mindless, violent mobs whipped into an irrational frenzy by hate-filled propagandists like David Hogg

When would-be tyrants seek to exploit anger and irrationality to give rise to a dangerous cult-like mob — what David Hogg promises will be “a revolution” to destroy his political enemies — the Second Amendment gives every American the right to defend their life, liberty and nation against fascist tyrants and violent mobs.

In an ironic sort of way, David Hogg and the mindless mobs of the anti-gun left are demonstrating precisely why we must never surrender the Second Amendment. If we did, how would we defend ourselves against their escalating violence that will eventually target all conservatives and Trump supporters?

Sadly, it seems that America’s current mindless mob is too stupid to figure out just how many Americans are armed in self-defense, so they will probably actually try to carry out a violent “Cultural Revolution” mass killing event in the near future, at which point they will quickly discover just how effective the Second Amendment can be at defending a nation against authoritarianism and mob-rule tyranny. 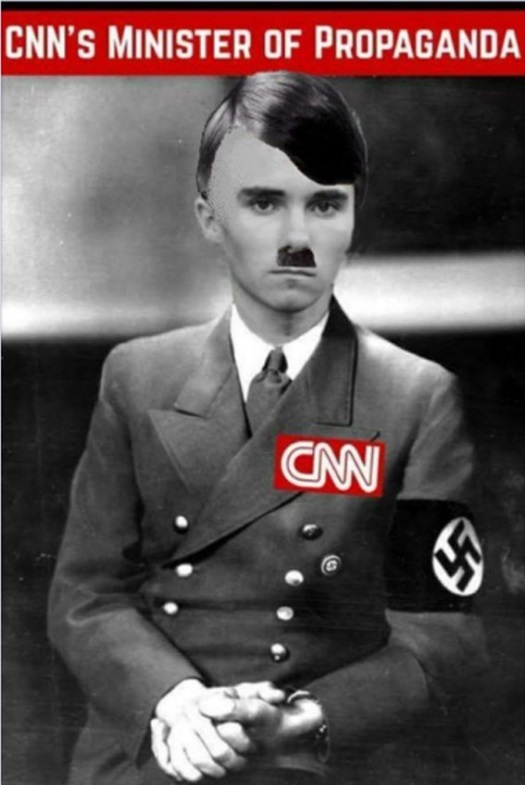 We already defeated the Nazis once; and we can go it again right here in America

A civil war is coming in America, most likely, and if it happens, the Second Amendment will be precisely what makes sure this Constitutional Republic survives the attempted uprising of yet another murderous fascist regime rooted in seething anger and authoritarianism. We defeated the Nazis once already in Europe, and we will gladly do it again right here in America. Yes, even if those Nazis happen to be 18, which is reminiscent of exactly what happened in Communist China during the Cultural Revolution, when an entire generation of young people took to the streets to murder their own parents and usher in the era of totalitarianism and communism that persists today under “Emperor Xi.”

(That’s the blueprint the radical Left is trying to pull off in America right now, in case you were curious. They know they can’t do it without disarming the population first, which is precisely why the gun control psyop has been rolled out at this moment in history…)

Keep saluting Hitler, carrying your anti-Trump signs and wearing your Nazi armbands, you clueless libtards. It makes it all that much easier for the rest of us to identify the fascists among us who frankly don’t deserve to participate in this Constitutional Republic at all.