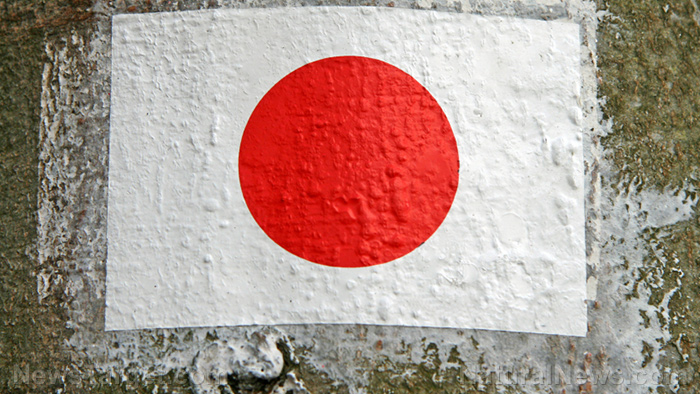 A treasure trove of rare-earth metals has been discovered in Japanese waters, and the finding is so significant that experts believe it could potentially supply metals “on a semi-infinite basis to the world.”

When researchers surveyed the waters around Minamitorishima Island in the western Pacific Ocean around 1,150 miles southeast of Tokyo, they discovered the mud was rich in elements that are considered some of the most important ones in modern society. Their sample area had 1.2 million tons of assorted rare earth oxide, and the researchers extrapolated that the 2,500-square-kilometer deposit is likely to contain more than 16 million tons of elements used for building  high-tech goods like electric vehicles, MRI machines, headphones, satellites, and mobile phones.

One metal, dysprosium, is used to make nuclear reactor components. The scientists believe the volume they found could last for as long as 730 years. They also found 780 years’ worth of yttrium, 420 years’ worth of terbium, and 620 years’ worth of europium. In addition, the team has found an efficient way to separate the valuable elements from other elements found in the mud using a hydrocycle. Extracting rare earths can be a grueling process that costs a lot of money and time. The process can vary depending on the location and involves using acid solutions to dissolve materials repeatedly – a process that can produce chemical byproducts and also happens to be radioactive.

Breaking free of dependence on China

Currently, the world gets much of its rare earth metals from China, but diplomatic tensions have seen China restricting these exports. There’s no telling how much they might raise the prices of these metals to other countries or even cut off sales entirely. When China limited exports to Japan during a dispute about islands that both countries believe belong to them in 2010, prices climbed by ten times. This is what prompted Japan to start looking for alternative sources; their economy relies heavily on electronics manufacturing that needs these metals.

Next, a group of companies and researchers, along with entities backed by the Japanese government, plan to carry out feasibility tests on the deposits. In the meantime, Japan is also trying to free itself from being dependent on the Chinese supply by finding ways to recycle products with the rare earth minerals so the elements can be reused, making investments in foreign mining projects to get the elements, and developing technology that bypasses rare earths altogether.

Study author Yutaro Takaya is hopeful they will find a way to extract the metals from the deposit they discovered within the next five years, telling the AFP: “It can also serve as a diplomatic card. Japan will be able to say, ‘if prices are made to go above this level, we can look to developing sea-bottom rare earths’.”

In addition to the economic feasibility of extracting the minerals, there is also the matter of disturbing the environment. According to environmental groups, these types of mining operations could potentially destroy marine ecosystems. The International Seabed Authority is working on implementing rules that will stop mining in areas that have scientific or ecological importance.

Last year, the U.S. Geological Survey estimated that the world contains around 120 million tons of rare earth deposits, 44 million of which are in China. Brazil boasts 22 million, while 18 million are believed to be in Russia.

See more news about metals and rare elements at Metals.news.

?Sources for this article include: