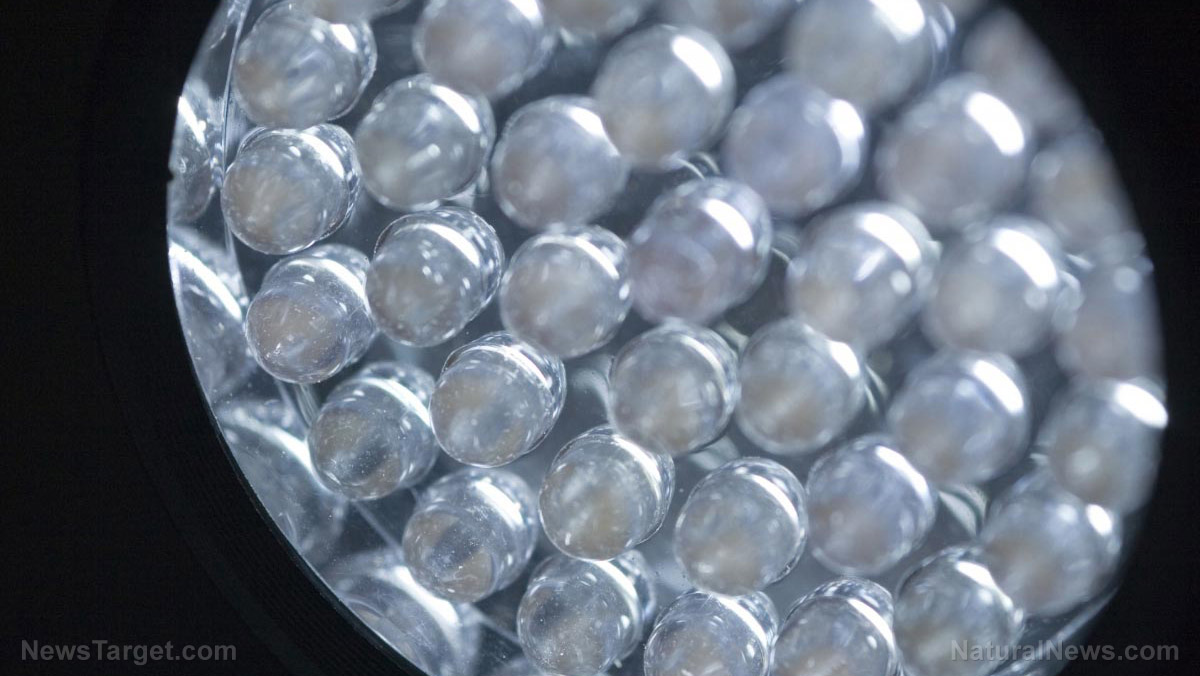 With innovation as their top goal, researchers have designed a train headlight that can be powered by light-emitting diode (LED), something that makes use of only a tenth of the energy that should be incorporated for headlight use by traditional light sources. Researchers have developed a new LED-based train headlight that utilizes a tenth of the energy needed for headlights using conventional light sources. If used daily for eight hours, the new design can contribute to the reduction of carbon dioxide by as much as 152 kg annually.

The design uses two half-circular parabolic or cup-shaped aluminized reflectors with high-efficiency LEDs positioned in the area where the two reflectors join. The light intensity is produced via the combination of strong beams from each reflector.

“Some LED headlight products sold on the market are designed with many LEDs that have outputs that overlap in large sections. These designs waste a lot of energy. Our research showed that electricity use can be reduced by focusing on the best way to distribute the the LED energy equally,” said Micro Optics Device Laboratory’s Wei-Lun Liang.

The design only needs a total of 20.18 watts to achieve the same light intensity as an incandescent or halogen lamp – which needs several hundred watts to deliver the same amount of brightness. That makes use of several hundred watts. The new headlight can grow dim by turning off some of the LEDs so as to not blind waiting passengers when a train passes a platform, for instance.

As much as LEDs are a great option for energy conservation, the most energy-efficient LEDs emit smaller spots of light. For this reason, the study proponents had to combine the small outputs of multiple high-efficiency LEDs into a larger circular output to produce a beam that should be enough for train headlight use.

The researchers were looking to make a headlight that would give off light 1.25 times the brightness required by U.S. federal regulations. Such rules require train headlights to have a peak intensity of at least 200,000 candelas and illuminate a person at least 800 feet in front of the headlight.

To carefully gauge where to place the LEDs in the reflectors, the researchers first assessed the best location of each LED and then conducted experiments to learn what the final position for each LED should be based on each unique illumination setup.

“Our scientists can use the linear equation we derived for deciding the approximate positions of LEDs for other applications. This can substantially shorten the time required to determine LED positioning before fine-tuning the positions.We believe this is the first design to use a combination of two semi-parabolic reflector surfaces,” Liang said.

Liang also pointed out that their study was able to come up with a way to conserve electricity and at the same time adhere to the rules concerning traffic safety.

For all its uses, fluorescent lighting is still inferior to LEDs. One reason is that when a fluorescent lamp gets broken, a very small amount of mercury can contaminate the immediate environment, as 99 percent of the mercury is contained in the phosphor.

The Environmental Protection Agency mandates that during instances of fluorescent lamp breakage, the site of the breakage should be aired out, and that wet paper towels should be used to pick up the broken glass and fine particles. Vacuum cleaners should not be used to clean up a fluorescent lamp breakage site, as doing so can cause the fine particles to become airborne.