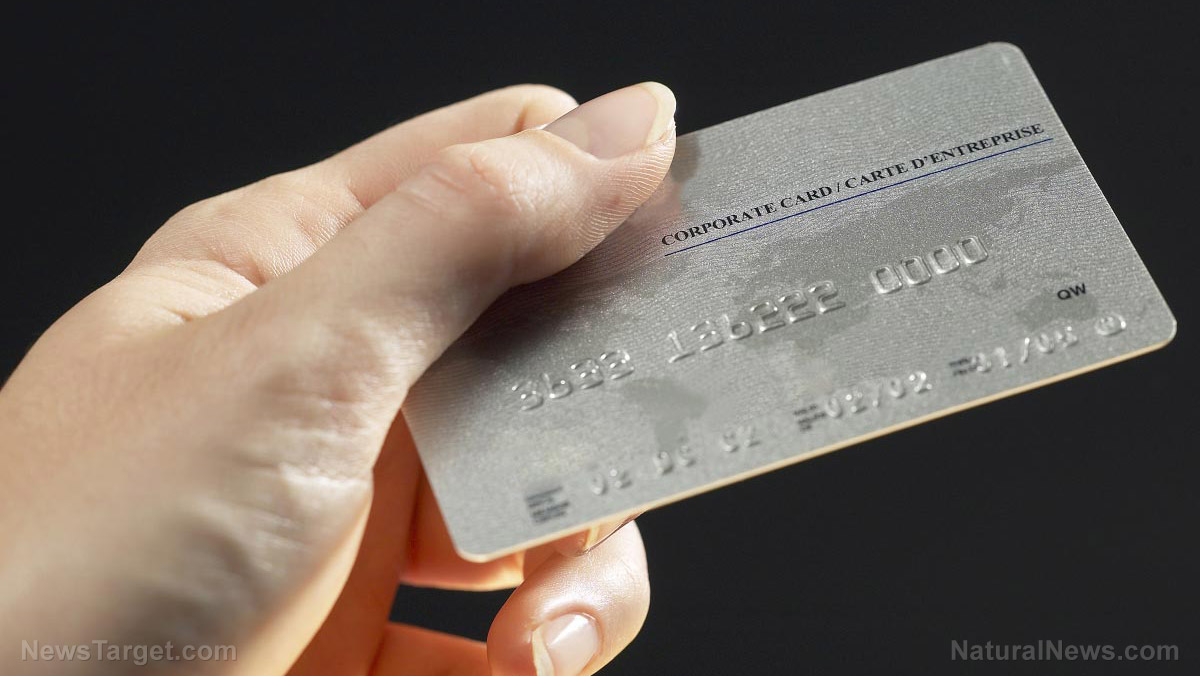 Everybody knows that the most pressing issue of the day isn’t homelessness, disease, or poverty. It’s getting triggered by the name printed on your credit card (sarcasm), which is why Mastercard has decided to unveil the new True Name card for transgenders.

A recent Mastercard company announcement explains that many members of the LGBTQIA+ community are experiencing “major pain” from having to use credit cards, debit cards, or prepaid cards that don’t “reflect their true identity.” So, Mastercard plans to fix this by allowing LGBTQIA+s to use any made-up name they want – swinging wide open the door for mass identity theft.

Transgender and “non-binary communities in particular,” Mastercard contends, find that having to use credit cards, debit cards, or prepaid cards bearing their birth names as opposed to their LGBTQIA+ names is a “source of sensitivity, misrepresenting their true identity when shopping and going about daily life.”

“Today, Mastercard is making a commitment to address this challenge by introducing the True Name™ card,” the company proudly announced.

“We are working with partners to create a product, as well as a sensitive and private process free of personal questions, that will allow for true names, not deadnames, to appear on cards without the requirement of a legal name change. This will ease a major pain point for the transgender and non-binary community.”

For more news about mental illness and gender insanity, be sure to check out Gender.news.

If the words printed on their payment instruments are the most upsetting thing happening to LGBTQIA+s these days, then it’s pretty safe to say that equality – and some might argue, superiority – has been achieved by the LGBTQIA+ community.

That Mastercard would hold a panel discussion about this ridiculous non-issue, followed by the complete re-tooling of its cardmember policies, shows that LGBTQIA+s are the most catered-to special interest group in the world.

Even though allowing LGBTQIA+s to put whatever nonsense on their credit cards that they want to puts everyone else at greater risk of having their identities stolen, Mastercard has decided that the coddling the deranged feelings of mentally-ill transgenders and “non-binary” folk is a much bigger priority.

It’s a similar situation to what’s happening in the United Kingdom, where narcissistic homosexuals are donating their tainted blood to blood banks in violation of the law, putting sick patients at risk, all so they can feel “good” about themselves and more “equal.”

This would seem to be the true essence of the Cult of LGBTQIA+: an all-consuming selfishness among its members, who demands that the entire rest of the world roll out the red carpet whenever their feelings demand so, and even when the lives and livelihoods of other people outside of the LGBTQIA+ community are put at serious risk.

Soon, it will be a requirement that everyone conform to ever-evolving LGBTQIA+ perversion, either in word or deed, or else face strict persecution from the “loving” and “tolerant” LGBTQIA+ police state. It’s already almost to the point where, in order to get by in American society, you have to either be an LGBTQIA+ yourself or pretend to be one, or be an outspoken “ally” in favor of every whim demanded by LGBTQIA+s.

“We are allies of the LGBTQIA+ community, which means if we see a need or if this community is not being served in the most inclusive way, we want to be a force for change to help address and alleviate unnecessary pain points,” is how Randall Tucker, Mastercard’s “Chief Diversity and Inclusion Officer,” puts it.

“This translates not only for our Mastercard employee community but for our cardholders and the communities in which we operate more broadly. Our vision is that every card should be for everyone.”