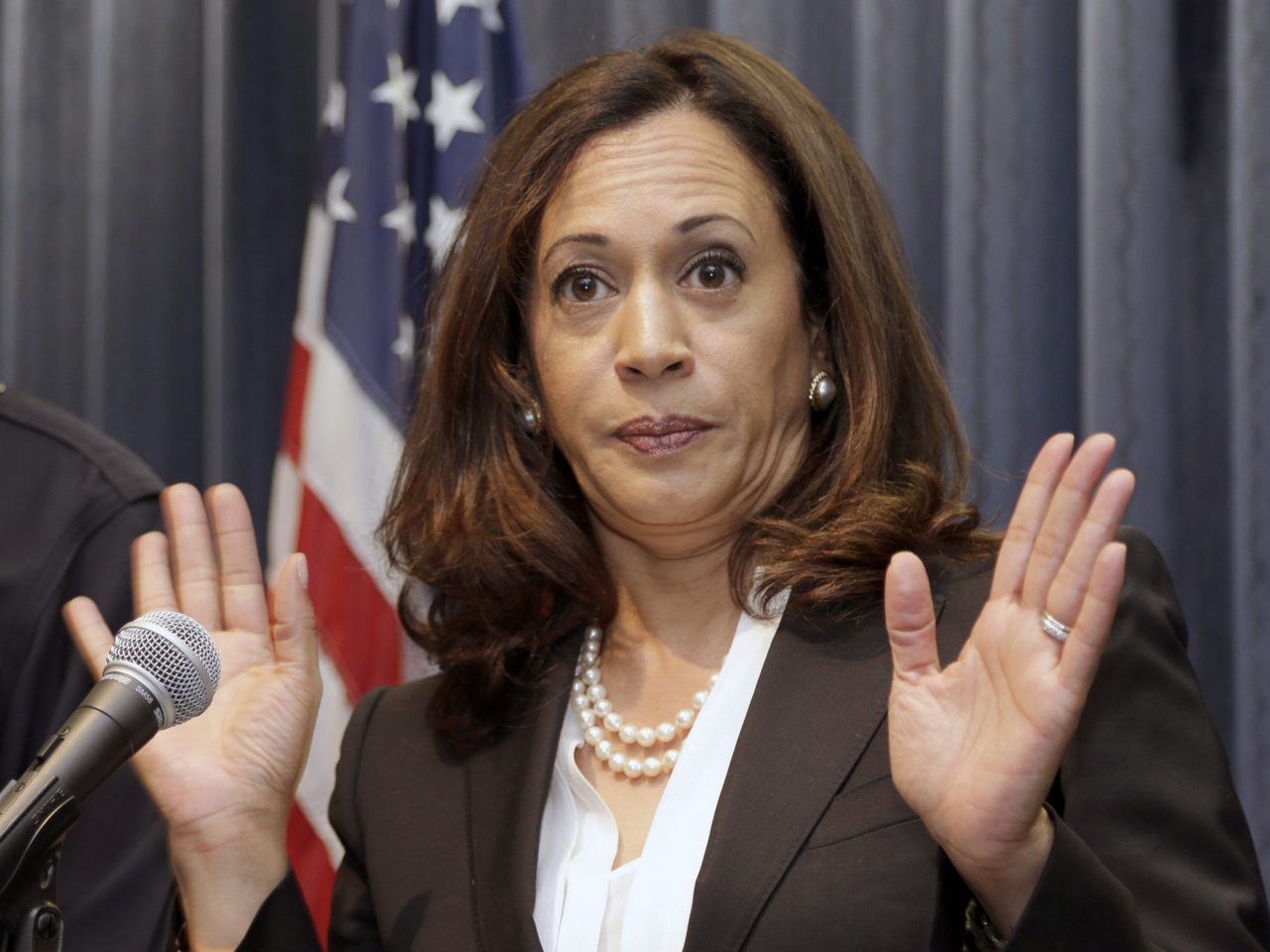 Sen. Kamala Harris loves to talk about criminal justice reform like she means it, but when the rubber meets the road and she is challenged on her record of ‘reform’ while serving as California’s attorney general recently, what she says on a debate stage rings hollow.

So hollow, in fact, that the only thing Harris had to say in response to being called out about her hypocrisy on the issue by of her 2020 Democratic presidential competitors, Rep. Tulsi Gabbard of Hawaii, was to bypass it altogether and take a jab at polling data.

The 24-odd Democrats vying for their party’s nomination met over two nights in Detroit this week, and on the second night, Gabbard, an officer in the Hawaii National Guard and a veteran, took it to Harris.

Insinuating that America’s justice system is inherently racist — which has no basis in fact — because “black and brown people” are impacted more, per capita, than whites, Gabbard said:

Senator Harris said she’s proud of her record as a prosecutor and that she’ll be a prosecutor president, but I’m deeply concerned about this record. There are too many examples to cite, but she put over 1,500 people in jail for marijuana violations and then laughed about it when she was asked if she ever smoked marijuana. She blocked evidence that would have freed an innocent man from death row until the courts forced her to do so, she kept people in prison beyond their sentences to use them as cheap labor for the state of California, and she fought to keep the cash bail system in place that impacts poor people in the worst kind of way.

Tulsi takes down Kamala Harris over her record on criminal justice reform, the death penalty, and the war on drugs -TULSI2020 #DemDebate #Tulsi2020 https://t.co/7XQoiqHThu pic.twitter.com/epf58iQNYI

Now, there is a lot wrong with Gabbard’s suppositions and conclusions — such as the claim that our justice system must be ‘reformed’ simply because more black and brown people are going to jail, as a percentage of their population in the U.S., and that cash bail is unfair because it ‘impacts poor people.’ The most obvious solution to these dilemmas is for those who are committing crimes in the first place…to stop — regardless of their race or socioeconomic status.

But the part about keeping people in jail beyond their sentences so they can continue to work as slave labor, essentially, struck a chord because this has happened in other states as well. (Related: Goldman Sachs invests in solar panels to ‘greenwash’ corporate-run prison labor camps in the USA.)

As Virginia prisoner Kevin Rashid Johnson wrote in The Guardian in August 2018, “At the end of the civil war in 1865 the 13th amendment of the U.S. constitution was introduced. Under its terms, slavery was not abolished, it was merely reformed.”

Days later, writing at CBS News, Ruben Garcia, a law professor at the University of Nevada-Las Vegas, reporting on a prisoner strike in 17 states, said it “places a spotlight on the questionable practice of putting prisoners to work for very low or no wages.”

“The U.S. government has often admonished other countries such as Burma and China for using forced labor” to build things like infrastructure, but such labor practices are “just as prevalent in the U.S. as elsewhere,” Garcia noted.

Whether you agree with liberal ‘justice reform’ and the positions of Democrats or not, you have to admit Gabbard made a stinging point that Harris struggled to defend.