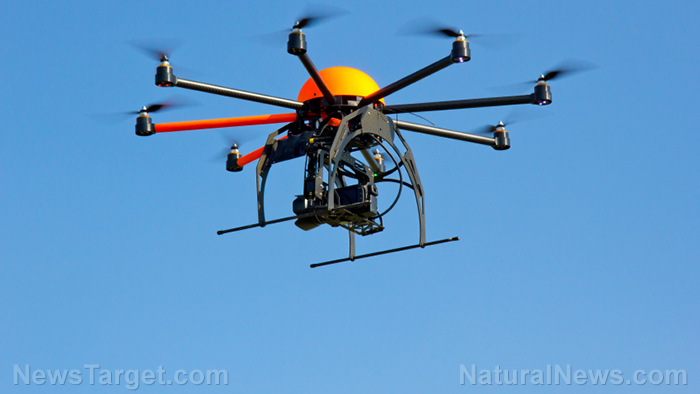 Until recently, the use of drones or unmanned aerial vehicles (UAVs) had been primarily associated with warfare. Now, their applications have grown beyond the battlefield to the point where they could be dropping in on your front door. Resourceful preppers find use in a variety of objects, and a drone can prove useful in a prepper’s arsenal of survival gear. However, as their popularity continues to take off, so do the problems associated with them. Are drones worth using for prepping, or do their cons outweigh the pros? (h/t to ThePrepperJournal.com)

Keep your eyes on the sky

The applications of drones are nearly endless. From scouting to even delivering pizza, these flying machines can make life significantly easier. As a prepper, these drones can help you perform a myriad of tasks that you wouldn’t be able to do normally.

One of the essential things for any prepper is ensuring that their bug-out locations and properties are well protected from any threat. Usually, people set up cameras in critical areas around the place to record any potential trespassers. But these cameras are limited by the view angles, creating blind spots that can be remedied only if you have an absurd number of cameras at your disposal. Having a drone can help alleviate these problems because it gives the average person eyes in the sky. You can use them to observe things happening in your area easily and if there are any disturbances nearby that could potentially threaten your safety. It also allows you to know what exactly is coming so you can prepare accordingly, giving you the upper hand against potential home invaders.

Another way that drones can be useful in prepping is by using it as a hunting tool. You can use drones to search and spot wild game like deer way before they catch a glimpse of you, saving you plenty of time from hiking around the whole area. In an SHTF scenario, drones can assist in searching for things like sources of water, which is one of the first things you should do in a survival situation. They can also help you plan out an escape route to your bug-out location by surveying the the road so you can adapt your course accordingly.

Lastly, drones can be used to send messages and supplies. If you find yourself in a situation where you need to keep in contact with people and radios aren’t an option, drones can save the day. While most portable drones aren’t strong enough to carry food, they would suffice if you plan on sending letters or something like a matchbox or survival knife.

The unfortunate thing about drones is that their most useful trait is also their biggest flaw. If you can use them as your own eyes in the sky, others can use that advantage against you as well. Anyone can send in their drones to keep an eye on your day-to-day life without you even noticing. With all the cameras placed in most cities in the world, adding drones to the equation can cause some serious privacy and security issues. The potential of these drones being hacked also poses a problem for privacy because anyone can gain access to your information if they have the right tools.  (Related: Spy drones can be hijacked by terrorists, used as weapons.)

The government has already promised that there would be no armed drones flying around in U.S. airspace but who’s to say there aren’t any roaming around right now? With drones becoming as commonplace as cellphones, the world could devolve to the point where people in power can simply “delete” a person anywhere in the world while sitting in the comfort of their office.

Just like any technological advancement, the introduction of drones comes across as both a blessing and a threat. Whether you decide to use them or not is up to you. Just make sure to plan accordingly for potential threats and lay out countermeasures to deal with them.