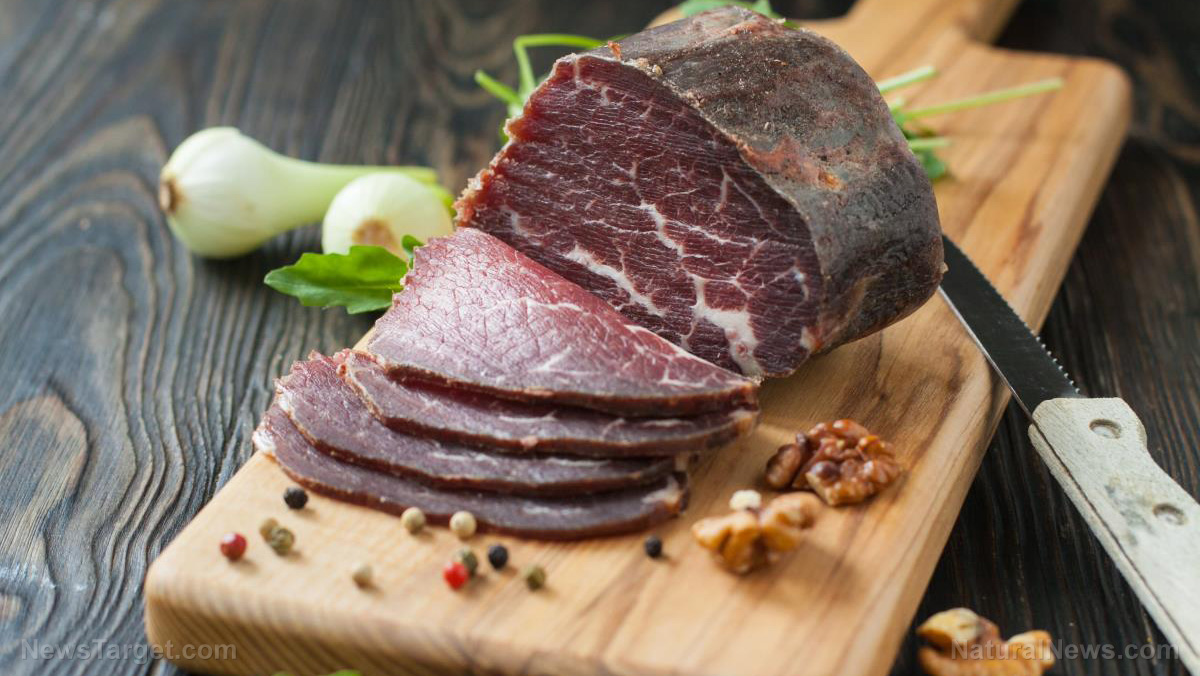 Preppers spend a lot of time growing or acquiring food for their stockpile because they need a lot of supplies to prepare for a long-term survival scenario. Having a lot of food is good, but knowing how to preserve food helps significantly extend the shelf life of your supplies, especially if you want to stock up on meat.

Detailed below are nine meat preservation methods that you can use at home. (h/t to ModernSurvivalOnline.com)

These traditional methods of meat preservation are used by various cultures. They don’t require electricity, refrigeration or modern appliances, making them ideal if you plan to live off-grid.

The presence of bacteria and other microorganisms causes spoilage and decomposition of food. If the environment that these bacteria live in or the condition and status of the meat are suitable, bacteria will feed, multiply and excrete waste in a continuous cycle.

However, when you deprive those bacteria of a hospitable environment by eliminating moisture, lowering or eliminating oxygen and dramatically altering the pH level of the meat, they will either die or their vital mechanisms will be slowed until they stop making much of a difference in the meat.

Burying meat can do all of the above, specifically lowering the temperature and starving the bacteria of oxygen. Depending on the type of soil you have, its alkalinity could radically lower the pH level of your buried meat.

Burying is more suited for other foods like sturdy fruits and vegetables, but you can also bury meat with naturally sourced additives like wood ash. First, cook the meat and completely encase it in fresh wood ash inside a hole. Fill the hole back in.

You can also chill meat in caves underground or seal it in a plastic food storage bag and immerse it in a cold running stream or other body of water.

Conversion is a method of preserving meat where you convert it into a dedicated survival ration by combining it with other ingredients, cooking, or a combination of these methods.

Biltong, jerky and pemmican are foods made via conversion or combining meat with other ingredients. For example, biltong ingredients like salt and vinegar help improve the taste of meat, but cooking or other methods of preservation also help increase the shelf life of meat.

Compared to the other methods on this list, conversion might take the longest and require more effort to achieve.

Drying is another popular method of meat preservation.

Drying works by eliminating moisture in the meat. Without moisture, most bacteria and other microorganisms such as mold and yeast cannot survive. While drying won’t completely eliminate decay and degradation of the meat, it can help slow it down significantly to extend the shelf life.

Freezing helps give meat the maximum possible shelf life. However, this method requires technology and can be very energy-intensive if you live anywhere but in the coldest environments.

Freezing places food in stasis, which is key to preventing microorganisms from causing decay and spoilage.

Freezing can be done without technology, but only if you are in a perennially cold place or a place that endures hostile cold seasons.

Salting or salt curing is probably one of the most popular methods of meat preservation on this list.

While salting significantly changes the taste and texture of most meat, it’s very reliable because it takes a two-pronged approach to preservation: It alters the pH balance of the meat and dehydrates it by drawing out moisture. Salted meats generally taste good.

Smoking is another traditional and effective method of meat preservation.

Similar to drying, smoking dehydrates the meat and kills microorganisms inside by dehydration. But compared to other drying methods, smoking also heats the meat, which further destroys any remaining microscopic organisms.

One of the downsides of smoking is it’s a heat-intensive method of preserving meat so you also need a lot of fuel and a reliable way to start and maintain a fire.

Stewing meat is another form of heating food to kill and neutralize microorganisms that cause spoilage. Stewing also significantly improves both the taste and consistency of meat.

Stewing is best used as a short-term version of preservation because once the food cools down, bacteria can continue to flourish. Like smoking, stewing also requires a lot of fuel.

Sugaring is a method of meat preservation that is similar to salting.

Like with salting, sugaring helps draw out moisture from the meat. Sugaring also alters the pH balance.

When properly implemented, meat packed in crystal sugar or immersed in liquid sugar syrup should last longer than normal.

Compared to salting, sugaring has some drawbacks. If the process is done incorrectly, sugaring might have the opposite effect and suffuse meat with more moisture, which can cause bacteria to grow.

Additionally, sugaring can result in outbreaks of yeast that will cause fermentation and spoilage.

Learn these methods and practice them to properly preserve meat even without technology after SHTF.

Watch the video below for more food preservation tips.

This video is from the Montie’s Outdoor Adventures channel on Brighteon.com.

Storing salt: 3 Good reasons to stock up on salt.

Food storage tips: How to dehydrate foods for long-term storage.

4 ways to preserve your harvest without canning.