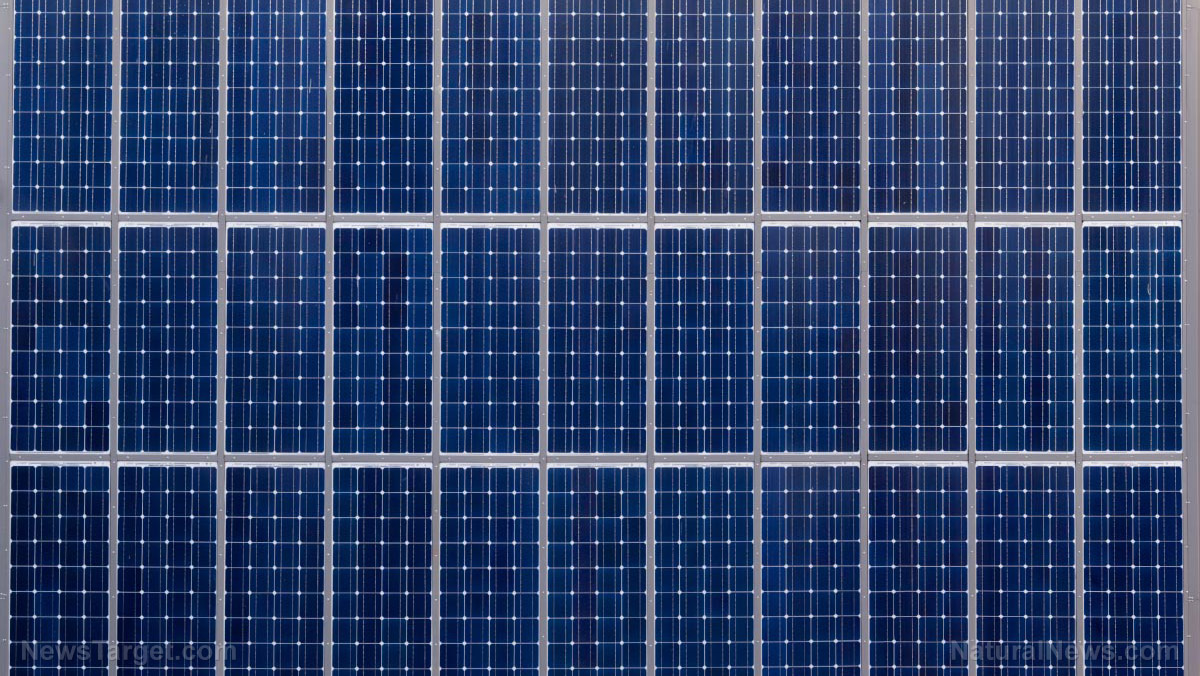 When the Wuhan coronavirus (Covid-19) plandemic began, Amazon mysteriously started seeing fires and explosions involving the solar panels mounted to the rooftops of its fulfillment centers, prompting the retail behemoth to remove all of them for safety purposes.

One of the earliest incidents occurred on April 14, 2020, at Amazon’s Fresno, Calif., warehouse. Firefighters arrived to find thick plumes of smoke bellowing from the solar array atop the 880,000-square-foot warehouse.

Some 220 solar panels and other equipment at the facility, known as FAT1, were damaged by the three-alarm fire. Leland Wilding, Fresno’s fire investigator, determined that the fire was caused by “an undetermined electrical event within the solar system mounted on top of the roof.”

About a year later, a similar incident occurred at an even larger Amazon warehouse in Perryville, Md. Roughly 60 firefighters were called to the scene to put out the two-alarm blaze.

In the months between, at least four other fires, all at Amazon fulfillment centers with solar panels on the rooftop, were reported. There were also a few explosions caused by failures within the solar energy-generating systems wired throughout the buildings.

None of this was known until recently because documents pertaining to the incidents remained hidden. Now we know that at least six of Amazon’s 47 North American sites with solar installations experienced “critical fire or arc flash events” between April 2020 and June 2021.

This amounts to about 12.7 percent of Amazon’s fulfillment centers experiencing fire and explosion events within a relatively short period of time. (Related: Amazon is just the CIA under a different name.)

“The rate of dangerous incidents is unacceptable, and above industry averages,” reads an internal report written by an Amazon employee.

Going “green” can mean catching fire and burning to the ground

While many corporate giants are aiming to transform into “green” companies with a smaller environmental footprint and reduced reliance on fossil fuels, Amazon has reportedly been the most aggressive, choosing solar panels as its vehicle.

In 2019, founder Jeff Bezos signed a “Climate Pledge” promising to completely phase out all emissions by 2040. Part of this plan involves converting all Amazon delivery vehicles to electric – which just means the pollution and emissions stays in China – as well as mounting solar panels to the rooftops of all fulfillment centers.

The latter effort has proven to be a bust as the panels continue to catch fire, explode, and ironically, pump lots and lots of toxic, black smoke into the atmosphere before firefighters are able to arrive on the scene.

If it can happen to Amazon, then it can happen to you, too, by the way. If your house or business has solar panels affixed to the roof, you might want to start asking questions now before a potential disaster arrives unexpectedly.

For now, all Amazon solar systems are offline, though the company says this is temporary. The systems are all being redesigned, reinstalled, and “re-energized,” and once complete, they will return to normal.

“Out of an abundance of caution, following a small number of isolated incidents with onsite solar systems owned and operated by third parties, Amazon proactively powered off our onsite solar installations in North America, and took immediate steps to re-inspect each installation by a leading solar technical expert firm,” reads a statement from Amazon spokeswoman Erika Howard.

Interestingly, none of this appeared in Amazon’s 100-page sustainability report for 2021, which was published at the beginning of August. It appears as though Amazon tried to keep this all a secret until the cat leaked out of the bag.

More of the latest news about the renewable energy deception can be found at GreenTyranny.news.