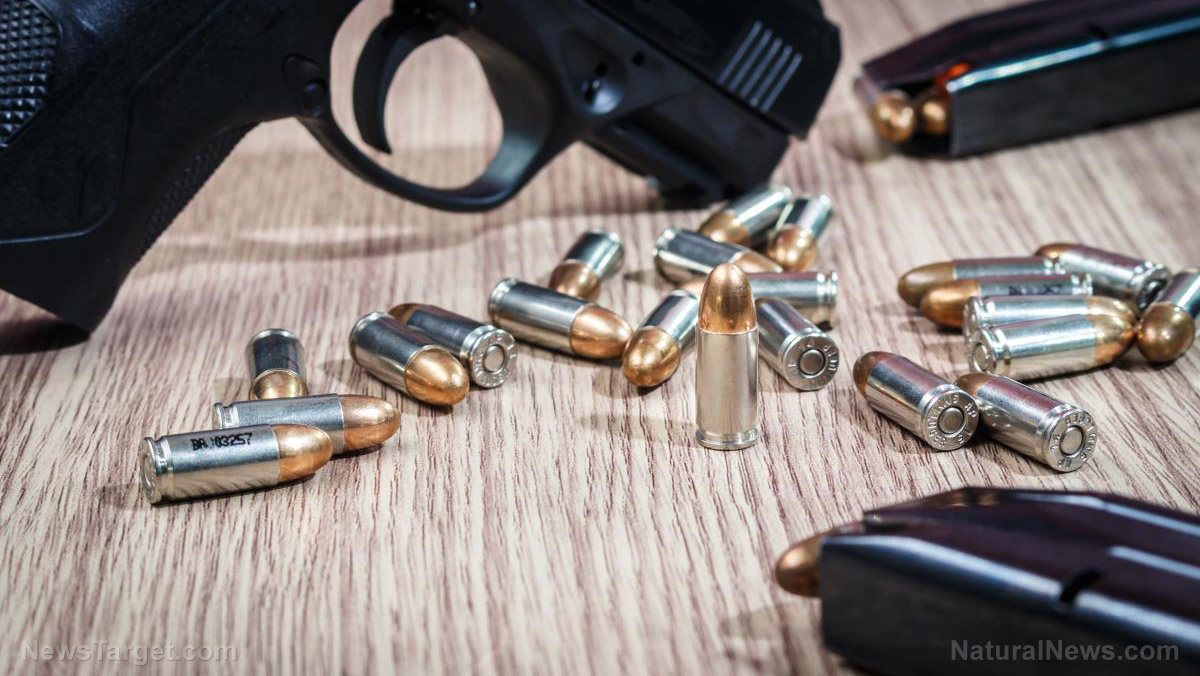 Many “preppers” who’ve gotten into the habit of stockpiling firearms and ammunition in anticipation of a potential major catastrophic event probably think they’re all set and ready to go. But as they say, you can never have too many bullets for survival and self-defense, and unless you know how to make your own – and source the metals and other materials needed to do so – you’re likely not as prepared as you think you are.

Besides simply saving all of your old shell casings, do you know how to actually “forage” for lead, a vital component of ammunition that’s becoming increasingly scarce due to modern environmental protection efforts? Or how about alternative materials in the event that your lead supply simply runs dry? These are among the important considerations that need to be made as part of any workable survivalist effort.

When it comes to sourcing lead, it’s still possible to collect sizable amounts of it by visiting your local salvage yard and collecting wheel weights and other lead-based car parts. But keep in mind that more and more people doing this as the “prepping” phenomenon continues to gain momentum – not to mention the fact that metals like steel and zinc are becoming more common in vehicles as lead is phased out of its many former uses.

This means that you’re going to have to get creative, perhaps by digging around in the ground at your local outdoor shooting range, or, if possible, inspecting the backstops and bullet-catchers at your local indoor range. Car batteries also contain between 20 and 30 pounds of lead each, but you’ll have to take caution when dumping out the acid, cleaning it with distilled water, and cracking open and retrieving the lead.

Another unexpected source of lead is the piping in old houses. If iron pipes are present, then all of their sealing joints will contain lead that can be extracted simply by heating them with torches. The old flashing that surrounds chimneys and vent pipes in older homes often contains lead as well, as do the liners beneath their water heaters, showers stalls, and even washing machines.

Tin solder is another source of lead, containing up to 50 percent of the material by weight. Melting the solder and mixing it with a little bit of pure lead from wheel weights, for instance, will increase the percentage of lead and make the metal more bullet-like.

As far as materials for the projectiles themselves, reloading your old casings (or the casings you retrieve from others who don’t choose to save them) is your first option. Should you run out of them, alternative options include solid copper, metal dust combined with a polymer epoxy, and even wood can suffice if you know what you’re doing.

Should you run out of ammunition to reload your firearms, Eric Eichenberger from Survival Sullivan recommends several options. You can choose to use copper or brass projectiles, make your own jackets for your projectiles, or load your ammunition at subsonic speeds. He even suggests possibly using wooden bullets like German and Japanese soldiers apparently did towards the end of World War II.

He also points to several video tutorials on making frangible projectiles by pressing metal dust and epoxy into a mold. The end result functions like a normal bullet, with the caveat that it basically turns to dust when striking a hard surface like steel or brick.

“In a world short on resources you will have to get creative,” writes Eichenberger. “But one thing you will need for sure is a bullet mold, unless you think you can make that too. But if you buy some bullet molds for various calibers and start stockpiling lead now along with your ammo and reloading supplies, you might get ahead of the game a bit.”

See Gear.news for more articles about survival and prepping gear.