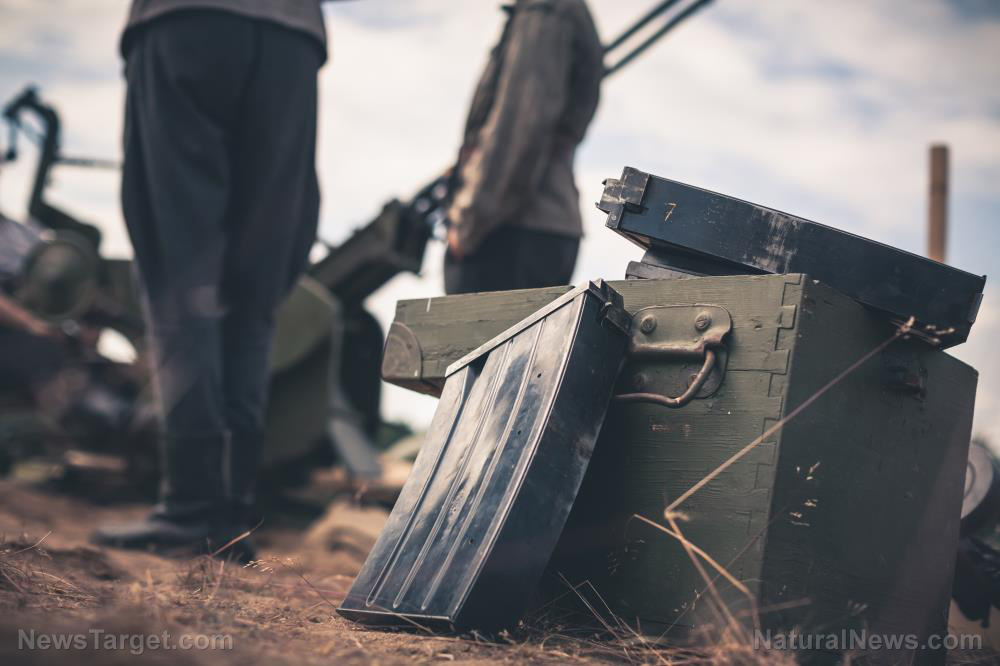 Anti-gun Democrats have a bold, brazen agenda, but they don’t have the nerve to go door-to-door confiscating firearms from their neighbors, family and friends. Even though anti-gun Democrats like Beto O’ Rourke openly call for gun confiscation, the ultimate goal isn’t to take your guns outright. Instead, they are chiseling away at your mind. All the emotional talk about guns is a psychological game, a prey on the people’s emotions so that they will give up their rights a little at a time. Americans are being slowly weakened subconsciously, until they become dependent on government — vulnerable and defenseless. Many have been mentally conditioned to fear the gun, to give up their right and their duty to defend life.

As a gun owner, you don’t have to feel guilt for the evils and criminal activity that take place in the world. Another sick person’s criminal action should arouse courage within you to defend the innocent, not to cower away and give up your rights in the process. As a gun owner, you don’t have to take responsibility for a sick person’s crime. You don’t have to give up your rights of self defense to the illusion that this will somehow stop future evil acts. You don’t owe the government your rights, your arms, or your capabilities to self defense, just in order to appease someone else and make them feel safe. Gun owners are the solution, not the problem.

The erosion of your right to self defense is a slow, arduous process, a chiseling away at your psyche and emotions. Virginia’s Attorney General Mark Herring has just joined twenty-one other Attorney Generals who are pursuing ammunition control at the federal level. They believe that restricting ammunition sales to millions of Americans will somehow stop criminals from getting ammunition. Even more absurd, they believe that a new background check requirement for ammunition will someone prevent sick people from committing crimes in the future.

These attorney generals are advocating for “Jamie’s Law,” a proposal that uses the shooting tragedy at the Marjory Stoneman Douglass High School as a means for political gain. While we mourn the loss of innocents, we cannot continue to give up our rights to defend the innocent, our families, and ourselves. These tragedies should not be used as tools to weaken the people’s courage, yet the anti-gun Democrats continue to publicize tragedies to chisel away at your right to defend life itself.

Just like firearms, ammunition is not inherently evil. No matter what kind of restrictions are put in place by virtue-seeking politicians, a motivated shooter will find ways to obtain ammunition, weapons, or whatever means necessary to take advantage of the vulnerable. In order to quash evil, love must show force. Love must make the voice of evil quaver in its demands. Love must make evil tremble – its wretched, defiled hands shaking, giving up the trigger.